Shane Murdoch is the founder and President of Mesatek Software.  Shane has been designing and developing applications for financial institutions since 1992.  He was the Lead Developer then VP Operations at The Guthrie Phillips Group (GPG) where he was responsible for the design, development and support of all applications developed by GPG.  Shane was promoted to SVP Product Development at Akcelerant Software after GPG was acquired by Akcelerant in 2009.

Shane lives with his wife and two kids in Port Coquitlam, BC.  He spends most of his spare time rock climbing with his family.

​Neil Riding is the Vice President of Product Development at Mesatek Software Inc. He has been working on Software Development for Financial Institutions since 1998. Most recently Neil was a Lead Developer with Akcelerant Software formerly the Guthrie Phillips Group Inc. Neil is a Bachelor of Science graduate of the University of Victoria with a degree in Computer Science.

Neil and his wife live in New Westminster, BC with a very full household of pets and children. If you’re counting it’s 3 children, 3 cats and 1 dog. When he’s not working he enjoys spending as much time as possible outdoors with his family. 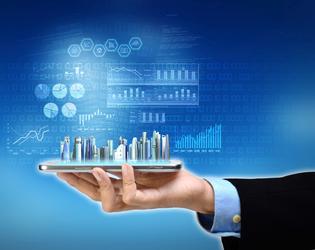 Originally from Wales in the UK, Bill now resides in Vancouver, BC with his wife Anna and two daughters. Bill has an extensive background in Business Development throughout multiple cultures in software, construction and property development. With certifications from the Justice Institute of BC in Firefighting/First Responder and a former Professional Rugby Player Bill brings a wealth of diversity and a unique skill set that ensures he continues to drive company revenues and client satisfaction.

Mesatek provides niche applications to financial institutions throughout North America. We focus on highly specialized software to improve the bottom lines of credit unions, banks and other financial institutions. All of Mesatek's solutions have been developed closely with customers to address the data-processing shortfalls that exist in typical financial industry software.​